‘Kaya’ means ‘the Body’, in both its physical and subtle forms. ‘Kalpa’ means ‘holistic transformation.’ Originating in the ancient practices and sciences of Tantra, Siddha, Yoga & Ayurveda, Kayakalpis is seen as an elixir of youth which immortalizes the body, mind, and soul. By attempting to create an equilibrium between the various energy cycles, they achieve oneness, a unification that unleashes the power or Atmik Aura.

Kayakalp was introduced to all the members present at the pre-conclave, which was held on February 21, 2014, at Hotel Waterstones, Mumbai.  The function was attended by over 25 Managing Committee Members and the Past Presidents of AIPMA. The evening began with the Gayatri Mantra being played during the registration. The dais was then graced by our President Mr. Anand Oza, who delivered the opening remarks. The stage was then taken by two of our past Presidents Mr. Arvind Mehta and Mr. Raju Desai, who briefed the members on the requirements and role of AIPMA in Project Kayakalp. This was followed by an interactive session with Mr. Deepak Ballani from Unido and a few of the past presidents voiced their views about the plastic industry. Mr. Shailesh Sheth then began the evening with a tribute to all those present.

The following goals were defined for the next 20 years:

A very invigorating speech was presented by Mr. Kamal Nanavati from Elite++, in which he highlighted the topic of plastic waste. There were several other topics discussed as well, such as Potential Road Blocks, Transformation of AIPMA, and how AIPMA should exercise their activities with an orientation towards being an All Indian Apex Body. A conclusion speech was then delivered by Mr. Sanjoo Desai, Vice President West Zone, and the conclave came to an end.

Mission Conclave was held on 15-16th March in Lonavala at Treasure Island Resort. The occasion was graced by 25-30 Managing Committee Members, and the Vision & Mission of AIPMA was formulated over the one and half day seminar.

The 1st day of the seminar started with the Gayatri Mantra being played while the members took their seats and settled in. The welcoming speech was given by our President Mr. Anand Oza. He spoke about the importance of working together towards a common goal. Mr. Arvind Mehta then spoke about Kayakalp and AIPMA's role in the growth of the plastic Industry. Mr. Rituraj Gupta also shared his thoughts on contributing & reconstructing AIPMA. Mr. Raju Desai also shared his thoughts on the Scheme & workshop Methodology.

There was a session on SWOT Analysis followed by a Breakaway session for the same, where the members formed groups. They then took cards and wrote down what they thought they were the strengths, weakness, opportunities, and threats of AIPMA as an association and as an industry. Post-lunch the Vision for AIPMA evolved and was tentatively named ‘The Lonavala Declaration.’

The Lonavala Declaration, 15th March 2014 was yet another breakaway session in which the members and the secretariat collectively formulated our Mission. With these highly interactive sessions, the 1st day of the Conclave came to an end.

AIPMA shall passionately strive to lead the Indian Plastics Industry to process 20 kg of Plastic per head by 2020, leveraging knowledge and innovation for inclusive growth.

On the 2nd day, the ‘Weaknesses’ were acknowledged and methods to set them right were discussed. The final note of thanks was given by Mr. Sanju Desai and the seminar ended with a lot of good and positive feelings amongst the members. 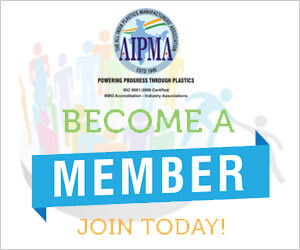 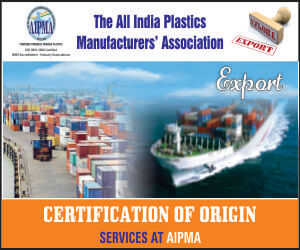 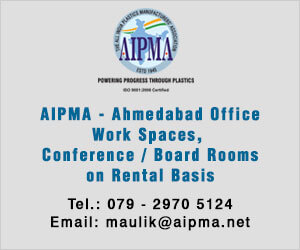 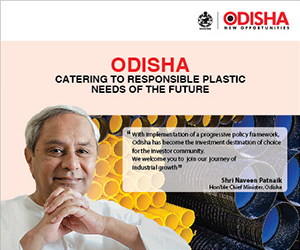 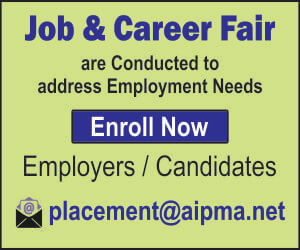 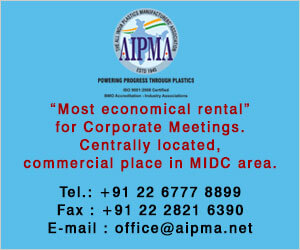 Reach Out to Us